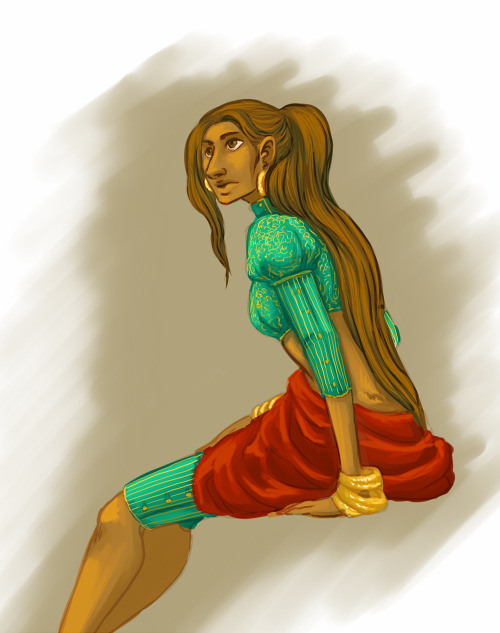 Munya from Golem-verse in a new outfit; it seems to be migrating into some sort of strange North African/Middle-Eastern steampunk territory. Hmm. 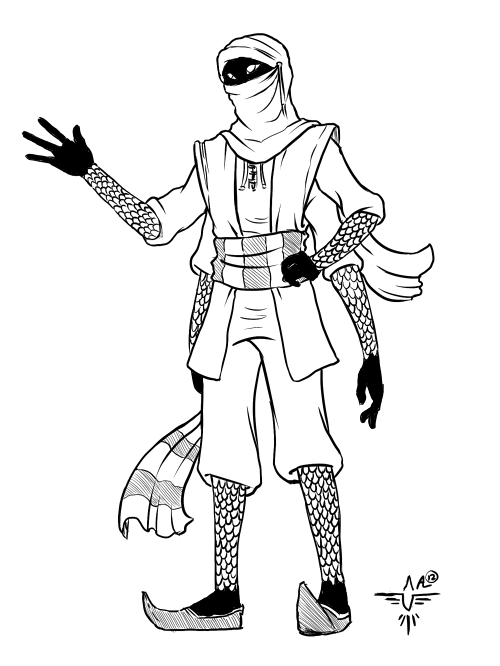 Practising Khazri, who will be turning up in the next chapter of Fathoms 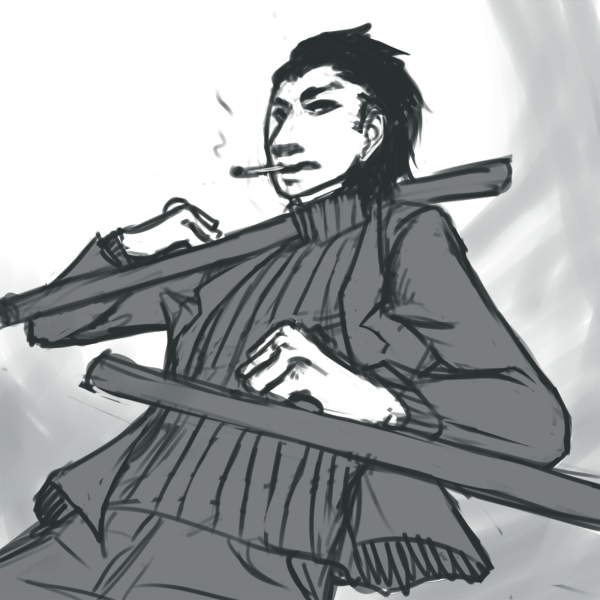 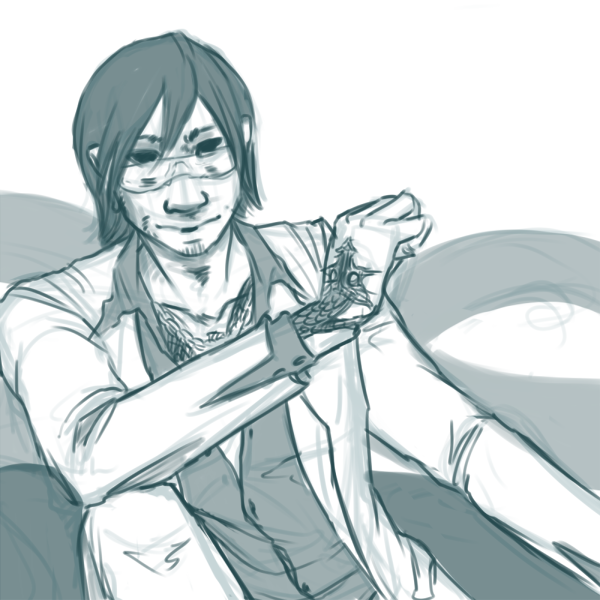 Kuro and Banri, because mobsters. 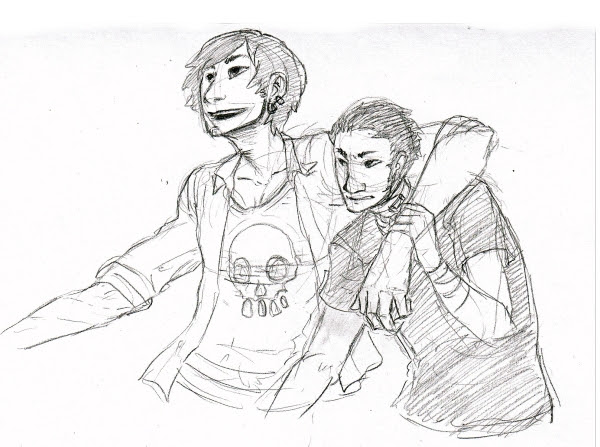 Kuro and Banri as teenagers, because it's fun to explore what your characters might have been like at different ages.
Upplagd av Anna kl. 13:18 2 comments:

I love it in all its forms - I love brainstorming the first ideas (should it be a desert world? What colour is the sky? Is there magic?), I love researching all the relevant information (no, seriously, I enjoy reading about the process of making table-salt, really), I love tinkering with every single imaginable thing about an imaginary world.

I think worldbuilding might be the greatest joy and strength of speculative fiction.

... Which is probably why I do so much of it. I tend to dig pretty deep, and get stuck in the most unlikely of places. 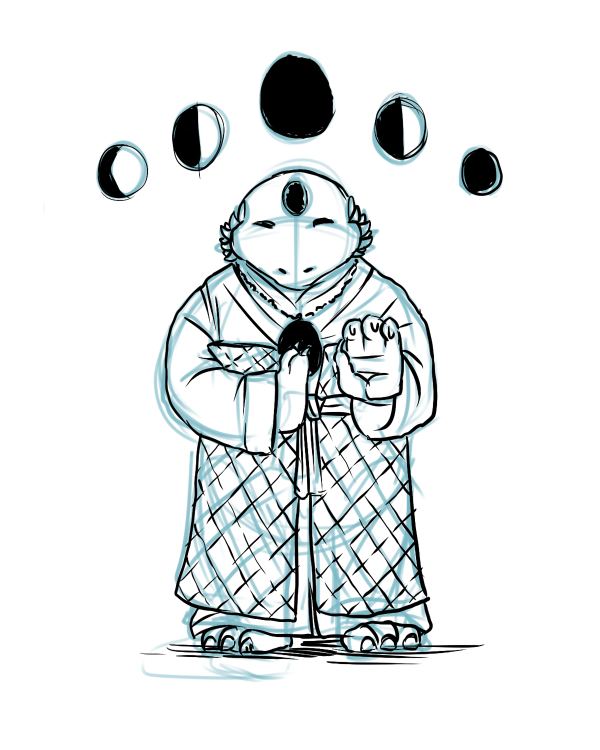 The Moonface tribe began as a brainless doodle while I was having a slow day - I just put pencil to paper and let it run away with me. What came out was a squint-eyed axolotl-looking creature. They'd show up in the background in future chapters of my fanzine, Fathoms of the Sky, I decided. And then I resolved not to think about them any more.

But my brain does not work that way. I kept coming back to those little albino lizards, and kept tugging at the little details - and now I've got the beginnings of not only a people, but a culture and a religion.

The marks on their foreheads are echoes of the phases of the moon - and those phases are important to their culture. Their religion is based around them, and the advocates of said religion are known as Speakers for the Moon - astronomer-priests. The full moon and the black, empty moon are two sides of the same coin, and its Speakers constantly in conflict. The Speakers for the White Moon are not morally good, nor are the Speakers for the Black Moon morally evil - I didn't want it to be that simple. Instead, they represent two ways of looking at the world, both with their benefits and their drawbacks, and the Moonface Tribe is split more or less down the middle in two camps, each following one side of the religion.

And voilá, I had not just some lizard-people populating the backgrounds of my comic panels, but a whole race of people with the potential for dozens of comics all by themselves. They even come with their own built-in conflict!

Thankfully, they aren't demanding that much space in Fathoms, or I'd never get it done.
Upplagd av Anna kl. 13:51 No comments:

Email ThisBlogThis!Share to TwitterShare to FacebookShare to Pinterest
Etiketter: fathoms of the sky, moon, moonface, worldbuilding

There's some dust in the corners of this place, huh? Well, I've been busy.

I tend to use 24 Hour Comic Day as a way to force myself to focus, to drop everything else and just create for a while; I don't really care about finishing the pages, or inking them at all. What I end up with is a 24-page storyboard of a full comic - or a whole chapter of a full comic, as the case turned out to be with Fathoms.

I don't really have a plan when I start, except perhaps a few vague images and a character-design or two. I just put pen to paper and let my imagination roam to see what it comes up with. In 2010, it came up with wide open seas and clouds and mischievous wind-spirits. In 2011, it became deserts and birds and blood.

Here's the first page, as it turned up on the Day: 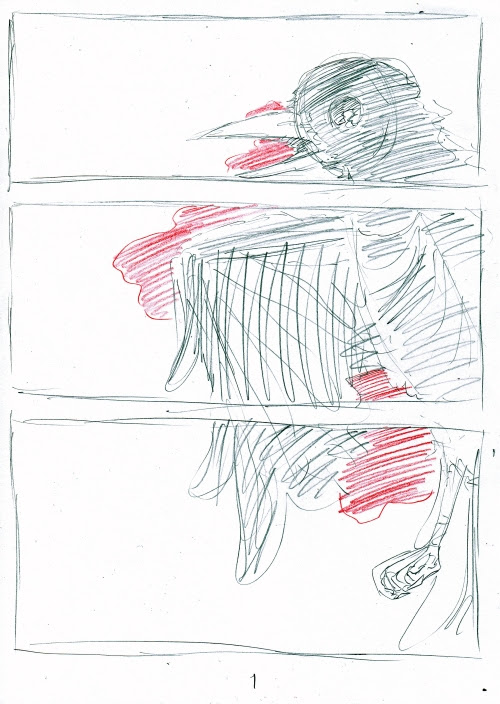 Regular and coloured pencil, crooked panels, scribbly art - this is barely more than a thumbnail, albeit a rather large one.

When I picked this back up and started polishing it, I used the original storyboard as reference, and re-drew each page with it as a guide: 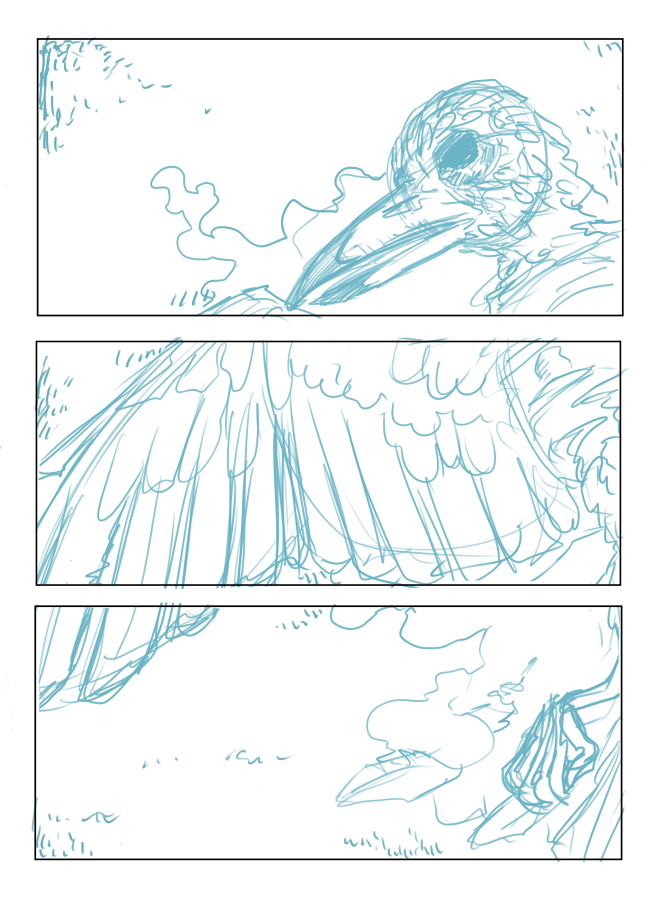 Again, not the neatest piece of art - there's scribbles and guidelines and all sorts of stuff in there that didn't make it into the finished piece - but it's better than the storyboard.

I did all of the clean Flatland pages in Paint Tool Sai, because I really adore the neatness of its lineart tools and the almost vector-like sharpness you can achieve with it. I went over the scribbly digital sketches in pure black and white (which was quite challenging in parts - how do you draw something black set against a black background, without making it either invisible or silly-looking?) and then added red as the only colour-accent - as blood.

Because all stories, as Terry Pratchett once said, are sooner or later about blood.


You can see the finished page On Smackjeeves, where I'll be posting all 24 pages.
Upplagd av Anna kl. 13:15 No comments:

Warm-ups, round the nth.

More stuff, but not so very much stuff; I'm busy drawing bigger things for UppCon, and working on a few things. 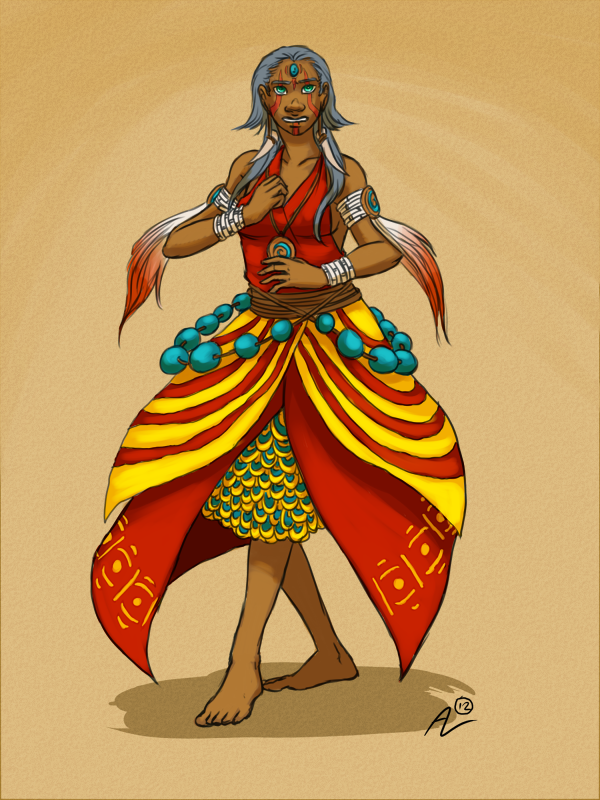 Possible character design for future chapter of Fathoms of the Sky. Subject to change, as always. 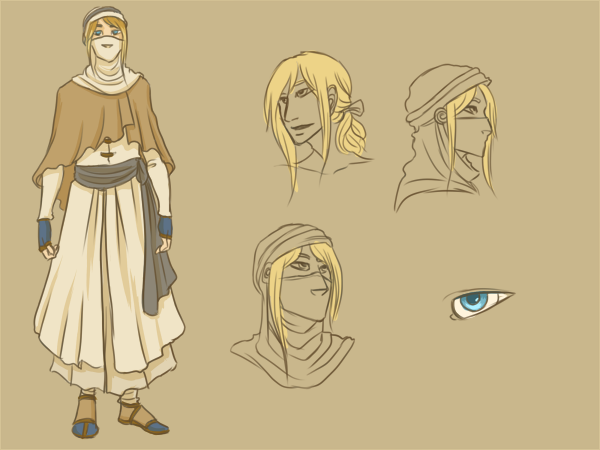 Practising drawing Orme - for some reason, his face/head is really tricky. 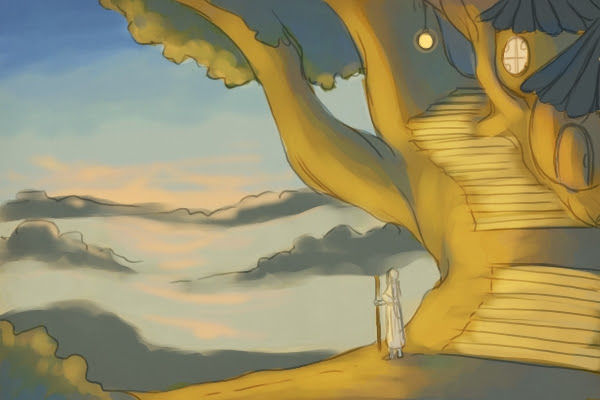