Er - apologies for being absent for more than a month. School ate my brain.

The comic project is progressing bit by bit - I've finished the pencils for all pages (save one panel on page 27), and I've inked almost eleven, so that's nice. Hopefully, I can keep this pace up.


But this post isn't about that. This is a sketchblog, so enough babbling: this is what I've been doing when I haven't been inking an endless parade of trees and stairs and shrines. 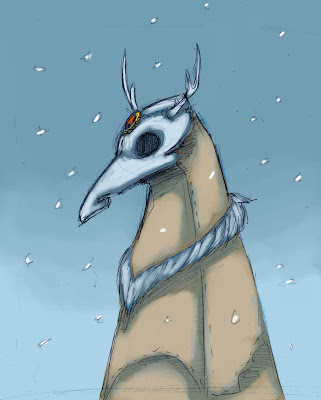 The God of Winter, again - more sketchy this time, and with more snow. ... I really want to draw him in a comic sometime, but I don't have time right now. 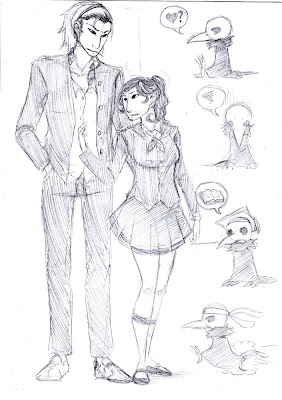 Ichinose and Sawada - two of my mobster-characters - in their uniform (drawn mostly as a brainless stressreliever, and as a size-comparison; she is really freaking tiny) - with a line of baby-Bonebirds on the side. 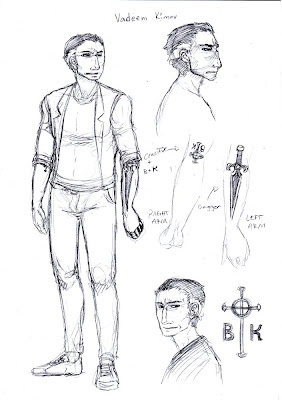 Speaking of mobsters - here, have another. Kimov, the Russian hitman! 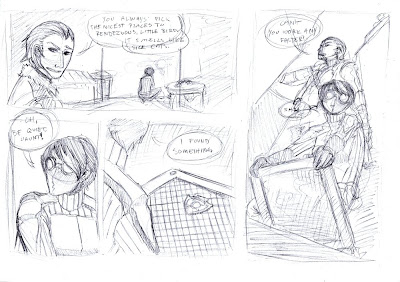 Sometimes, I draw comics that aren't tengu-related. This is one of them. I swear, one day I'll ink it and letter it properly.
Upplagd av Anna kl. 10:55 5 comments: