Wow, the dust is kind of gathering in the corners here, isn't it?

The explanation isn't "I've stopped drawing" - it's "I've gotten a job, and also a Tumblr".

Been incredibly busy lately, with all sorts of things - among other things, an actual paying job, as mentioned above. This means I haven't really had time to think about updating here. But I thought I'd get my act together and post, because, well - why not?

Let's start things off with Fathoms of the Sky! I've finished lettering issue 3, and I've done the front cover and the title-page - I need to do the back-cover and a short text before I can assemble the PDF and send it off to the printers. I'm so excited it's almost silly - this really is going to be the best issue yet! 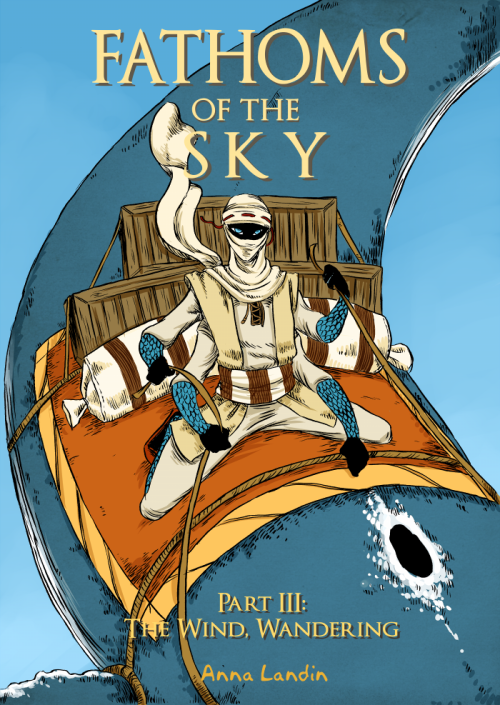 The cover of issue 3 - with Khazri taking pride of place!

You can read the first five pages either on Tumblr or on my DeviantArt-account (where you'll find the previews for the previous two issues as well).

I've also started storyboarding/writing the fourth issue, so that once things calm down a bit (say, in November), I'll get cracking on drawing that - I'm hoping to have it finished by April 2013, in time for Stockholm's International Comics Festival.

But of course, I've also been drawing other stuff. 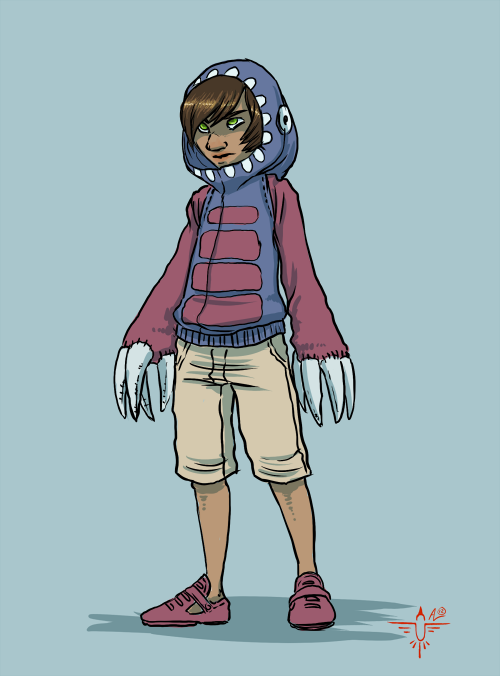 ... and comics about grumpy samurais and not-so-grumpy little girls:

From now on, I'll probably be updating my Tumblr far more frequently than this place - though I'm not abandoning this blog. I like to use this place for when I feel like rambling on in text, as well as images.
Upplagd av Anna kl. 15:11